And…FYI this is also why I personally hate skiing or snowboarding.  Not because I don’t like the outdoors.

The Geological Society of America (GSA) is a major center point for many geologists. Their regional and annual conferences are a great way to network and learn about new research. Everyone who’s anyone goes to GSA Conferences at some point in their career.  I have been a member since 1998 and have attended and presented at several annual conferences. I look forward to a time where these conferences feel more inclusive.

The current makeup of geoscientists may not be representative of the total American population (78% white, 13% black, ref), but is GSA at least holding these conferences in “black-friendly” cities? In order to determine that, we first have to look at some basic American demography.

Below I have taken US Census Data and created a table entitled “Least Blackest Cities in the United States,” I have only considered cities with a population of 1 million or more. I have then color-coded the ranked cities based on how “black-friendly” they might be, this was determined from how far off they are from the US average of 13% black. Now many people may not consider Las Vegas to be a place that isn’t black-friendly, but if black people aren’t living there, there’s probably a reason.

Click the picture above or this link: Cities by Race to see an enlarged version.

Now that we have some information about the racial landscape of these cities, lets look at where GSA holds their annual conferences.  Again, I have kept the color-coding scheme to help make my point.

This year GSA is going for an international annual meeting. Which I think is really cool, but Vancouver?! I will admit, my data on Vancouver came from wikipedia (I only had 5 minutes to get the info on Vancouver!). But in those five minutes, I was also able to find a Canadian government site that speaks of the racial make up.  There are so few minorities in Canada they came up with the term Visible Minority Population. I’m not joking. I wish I was. Check out the site.

And yes, I know that all of British Columbia is a geologists wet dream, so I understand. And truthfully, I’m planning to go to Vancouver one day myself and frolic and play with glaciers and such. But what percentage of GSA annual attendants actually take part in the field trips? The times I’ve gone the bulk of my out-of-conference time was spent meeting up with friends, catching a beer and meeting new geo-friends.

Rocks matter, but so do people. Some of the cities that GSA chooses can easily be switched out for a more racially inclusive city.  Switch out Vancouver for Toronto, or Montreal. Switch Minneapolis for Milwaukee (plus there’s lots of beer there!). Annnddd….there are more black-friendly cities anyway! (20 red cities vs 30 yellow and green cities) We can do this geoscientists! Let’s make it happen! 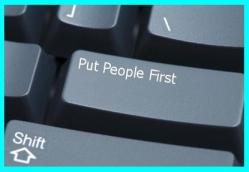 I think geoscientists as entire subject, sector, discipline, community, horde could use a little more of that attitude. So…say it with me now!…..

Oh and shout outs to Hail to You for blog posts that have make data really accessible. Thanks!